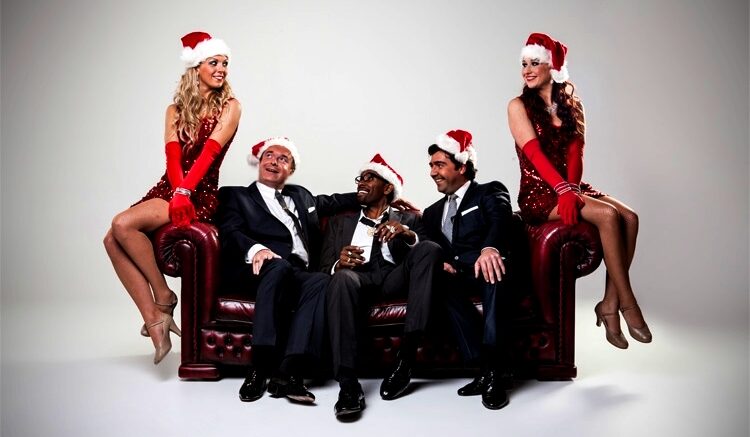 Swing into the Christmas season with The Rat Pack and their famous Christmas Concert. The Official UK No: 1 Tribute show as voted by The Agents Association of Great Britain for three successive years, arrives direct From London’s Leicester Square Theatre, The 02 and a Royal Command Performance at the Babbacombe Theatre, in Torquay on Saturday 19th November at 7.30pm. 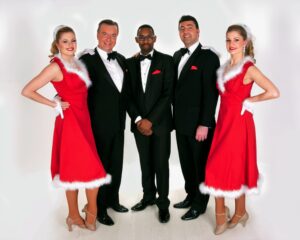 Together they amaze audiences with their recreation of a magical Christmas at The Sands with Sinatra, Martin and Davis in this sensational show which brings the style, glamour, and excitement of the Las Vegas heyday to vivid life. Including all the great hits – My Way, Mr Bojangles, New York New York, Amore, Fly Me to The Moon and seasonal classics such as Winter Wonderland, Let It Snow and of course White Christmas.

Just as Frank, Dean and Sammy were joined on stage at The Sands by surprise Special Guests, that element of theatrical magic is recreated in this show with appearances by the likes of Marilyn Monroe, Nancy Sinatra and Liza Minnelli adding even more glamour to this stylish production.

“We may never see such greats as Frank, Dean and Sammy again in our lifetime, but the good news is that as long as such talented impersonators as these continue to exist, we may not need to” Chris Longhurst – Uxbridge Gazette

To book your tickets to enjoy his yuletide treat for all the family, which also features the fabulous Buddy Greco All-stars under the direction of BBC Musical Director Mac Shone at the Piano – Christmas Memories really are made of this. Then contact the celebrated Torquay venue by calling 01803 328385 OR refer to the website on www.babbacombe-theatre.com 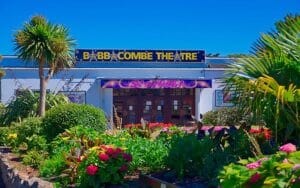